The Animals will now be performing at Macmoray Festival 16th April 2022! This very special event will be a must see, and it is highly recommended that you purchase tickets as soon as possible to avoid disappointment!

1965 was a great year for The Animals achieving five massive Worldwide that year alone. “Don’t Let Me Be Misunderstood” “Boom Boom” “Bring It On Home to Me” “We Gotta Get out of This Place” “It’s My Life” The band will also play all their other hits including “The House of the Rising Sun” “Baby Let Me Take You Home” “Club A-GoGo” “Talkin’ ‘Bout You” “Gonna Send You Back to Walker” “I’m Crying” “Inside-Looking Out” “Don’t Bring Me Down” “See See Rider” Plus many more Featuring from the original Animals – John Steel & Mick Gallagher, have expressed their excitement for coming to Lossiemouth

THE ENDURING INFLUENCE & BREADTH OF APPEAL

The Animals were the second British band to top the American charts after The Beatles with the now multi-million selling and legendary anthem, ‘House of the Rising Sun’. The band subsequently achieved over twenty global Top Ten hit records, many of which gained the Number One slot in various parts of the world. In Britain alone, the band had no less than twelve chart entries. The Animals were the first British band to tour Poland and Japan. The enduring influence and breadth of appeal of The Animals’ music continues ever onwards. The Animals 1964 debut was recently included in Classic Rock magazines’ feature – ’50 Albums That Built Blues Rock’. Russia, Portugal, Holland, Germany, Spain, Sweden – all are just a small sample of touring locations in recent years, proving that the appeal of The Animals’ music is as strong as ever. They continue to be one of the most respected and busiest bands touring the world today.

The original sound of British rhythm and blues The Animals hit The Gov in Adelaide Australia for the first of two sold out shows. The interest in nostalgia is off the hook at the moment and say what you want about this band one thing is for sure that there’s plenty of people around the country that still want to hear these classic songs. The history of The Animals goes way back to the 1960s and like any band there’s ups, downs and in-betweens with line-up changes along the way but that didn’t seem to phase the crowd who were in a rather festive frame of mind and in for a big Saturday night. Danny Handley took control and encouraged the crowd to start clapping their hands unless they were holding a beer getting the night started with Baby Let Me Take You Home. The first of the big hits came by way of It’s My Life and I’m Crying. The band sounded tight, looked great and gave a really good representation of these classic songs that have stood the test of time. John gave a pretty good introduction of how Mick Gallagher came to join the band in 1965 and how he literally rocked up in Stockholm for his first gig with The Animals twenty minutes prior to going on before a venue full of drunk teenagers much like at The Gov then going in to Bring It On Home To Me originally performed by American soul singer Sam Cooke. Don’t Bring Me Down was great but Don’t Let Me Be Misunderstood literally lifted the roof off the joint. Handley made quick comment that Mick was feeling a bit tired and discovered something to wake him up… musical Viagra! That musical Viagra was Big Boss Man and Night Time Is The Right Time. There were plenty of references to rock ‘n roll and a tribute to the greatest rocker of them all Chuck Berry in the set. The set closer of We Gotta Get Out Of This Place couldn’t be any more perfect, what a ripper! Returning for an encore Handley said thanks for having us back so soon before rocking all the way through Boom Boom. John Steel stepped down from drums again to the microphone to say thank you to the crowd saying what a lovely place Adelaide is but they have to stop somewhere and promising one more song. No surprises there which one it would be! Steel gave a brief intro saying it was recorded in 1964 which was a wonderful time for the band supporting Chuck Berry and the song was done in one take and recorded for two quid. House Of The Rising Sun was brilliant and left many a punter happy with what they saw. It was great to see the band come out and say hi to their fans, signing posters and CD’s and taking selfies which was a nice bonus for fans. Get your tickets to check out The Animals, well worth it!

Once in a while, a legend of the music world will grace the stage before you, and tonight Auckland saw two! The Animals were in town to perform a collection of some of their most endearing songs. No, this was not the version with Eric Burdon at the forefront but this is the version that includes original member John Steel on the drums and the infamous Micky Gallagher on keyboards. A sold out and highly anticipated show. As The Animals stepped up onto the stage it was as if royalty had arrived. The audience were both transfixed and delighted as they saw both John Steel and Micky Gallagher take their respective places on stage and were just as welcoming for lead vocalist Danny Handley and the understated Roberto Ruiz on bass. Handley is a front man with pizazz, from the moment he stepped in front of the microphone and bid the crowd hello he had them eating out of the palm of his hand. An accomplished guitarist to boot, he initially joined this version of The Animals back in 2009 however he has been playing The Animals classics since 2003. Kicking off their set with ‘Baby, Let me Take you Home’ it is easy to see why Handley moved from being a straight guitarist to also covering the role of lead vocalist; the timbre of his voice smooth with just the right amount of rock n roll growl to it. Ruiz is a far more quiet character on stage; friends with Handley he joined the band fairly recently replacing Scott Whitley who departed to play in Big Country. His bass playing is solid and while he may not move around the stage much his enjoyment of the songs is obvious, especially during his solo on ‘Club-A-Go-Go’. As they move through their set the energy levels of both the band and audience continue to be raised notch by notch, by now the venue is pumping and the heat is intense. On stage the band is sweating up a storm and pause every so often to wipe their brows with towels, Handley at one point commenting on the size of them [laughing] “they’re like shower towels!” Easily one of the biggest highlights of the night had to be that of watching the great Micky Gallagher on keyboards. Gallagher, who has worked with some of the greatest bands in the world including The Clash and The Eurhythmics, was an absolute vision behind the keys. In full dark grey suit his fingers sped along the keyboards as if it was second nature to him, his feet tapping away at the pedals with the lightest of touches. His playing brought the songs to life, gave them volume and a sense of timeless magic. Gallagher joined the original Animals back in 1965 replacing Alan Price. Price who famously (through a mistake made by a young naïve band at the time) has the rights to the royalties from one of the most well-known Animals songs ‘House of the Rising Sun’ was the topic of a few digs made on stage tonight by both Handley and Steel. It would appear that not all is water under the bridge. The set tonight is infused with many a cover song including ‘Bring it on home to me’ by Sam Cooke, ‘Night Time is the Right Time’ by Ray Charles – which is not only popular with the crowd but a personal favourite of Steel’s – and a damn fine little version of the Screamin Jay Hawkins ageless track ‘I put a Spell on You’. Banter between songs is almost compulsory with English bands and it is obvious that the boys on stage enjoy each other’s company. Steel himself venturing out from behind the drum kit a couple of times to introduce songs and tell stories, with Handley doing the same while hyping up the crowd with calls of “Do you love Rock n Roll”?? Their set finished on ‘We gotta get out of this place’ which prompted a boisterous sing along by the audience followed by an even more riotous collective demand for an encore when the band left the stage. Returning a few minutes later after having cooled down outside in some brisk Auckland air, Handley asked the crowd if they should play “one more or two more” laughing as people shouted back an assortment of numbers. “Alright, two more songs it is then”. ‘Boom Boom’ which was featured in the 2012 James Bond movie Skyfall was full of life and an absolute hip shaker. But of course what would an Animals set be without a stirring rendition of ‘House of The Rising Sun’ which finished the night off perfectly. This is not a covers band, nor is it a cabaret band. This is The Animals. The Animals now are referred to in social media circles as Animals and Friends featuring the one and only original John Steel on drums, the legendary Mick Gallagher on keyboards, Roberto Rulz on bass and Danny Handley on guitar and vocals.

Tickets can now be
reserved from www.macmoray.com! 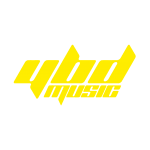